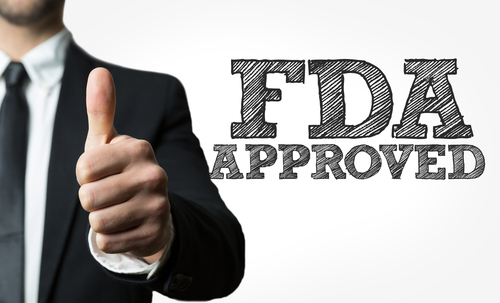 Adult patients with erythropoietic protoporphyria (EPP) who live in the United States can now be treated with Scenesse (afamelanotide) to increase their tolerance to sunlight.

Scenesse has been approved by the U.S. Food and Drug Administration (FDA) to treat EPP patients who have a history of phototoxic reactions (damage to skin) triggered by sunlight exposure. It was first approved in Europe for the treatment of EPP in December 2014.

The approved dose of Scenesse is 16 mg (one implant) once every two months, during the spring and summer months.

“I cannot start to describe what it means to dedicate a large portion of one’s professional life to a single molecule and for one group of patients, while not knowing the regulatory outcome,” Dennis Wright, chief scientific officer of the therapy’s developer, Clinuvel, said in a news release. “However, we kept our awareness of the regulatory risks with a first-in-class melanocortin agonist as we faced the subsequent regulatory challenges. The team kept going.”

“The outcome today is greatest for the patients and their families who kept asking us to continue the research and development of Scenesse despite the obstacles we faced. The approval of Scenesse today is deserved and based on its safety and medical benefits to patients,” he added.

EPP is a rare inherited disorder that is caused by impaired activity of an enzyme called ferrochelatase, which is involved in heme production — a critical element that allows red blood cells to transport oxygen. This defect leads to the accumulation of a compound called protoporphyrin IX (or PPIX) in the blood and tissues.

PPIX can be activated when exposed to visible light and near-visible ultraviolet radiation. The process causes damage to the surrounding tissues. In particular, EPP patients often experience intense skin pain and skin changes, such as redness and thickening, as a result of PPIX activation with exposure to sunlight.

Scenesse is an implant that is inserted under the skin. It works as a potent anti-oxidative and regulator of melanin production, inducing generalized photoprotection (protection against sunlight) of the skin.

The efficacy of Scenesse was demonstrated in two placebo-controlled Phase 3 clinical trials with EPP patients.

Results from a Phase 3 trial (NCT01605136) showed that EPP patients treated with three Scenesse implants in the U.S. spent a median of 70 hours over six months in direct sunlight —  outdoors between 10 am and 6 pm — with no pain, while the placebo group spent 41 hours. A total of 94 patients were enrolled in this study.

Common side effects associated with Scenesse include implant site reaction, nausea, throat pain, coughing, fatigue, skin darkening, dizziness, respiratory tract infection, sleepiness, and skin irritation. Scenesse should be administered by a health care professional, and patients are encourage to use sun protection measures while on Scenesse to avoid EPP symptoms.

“Prior to today’s approval, there were no FDA-approved treatments to help erythropoietic protoporphyria patients increase their light exposure,” Julie Beitz, MD, director of the FDA’s Center for Drug Evaluation and Research Office of Drug Evaluation III, said in another news release.

“Today’s approval is one example of the FDA’s ongoing commitment to encourage industry innovation of therapies to treat rare diseases, and work with drug developers to make promising new therapies available to patients as safely and efficiently as possible.”