A young woman with acute intermittent porphyria (AIP) experienced neuropathic pain — a type of pain caused by nerve damage — after receiving a liver transplant, according to a report from investigators in Brazil.

For the first five months following the procedure, the woman experienced no symptoms, but then neuropathic pain in the abdomen and back regions reappeared. Prior to the liver transplant, the patient had been unsuccessfully treated for recurrent and disabling AIP, with debilitating pain, that had resulted in ICU hospitalization.

Her case, the investigators said, suggests that a liver transplant “should be performed before chronic complications develop over [the] course of the illness.”

The patient’s new symptoms have been “well-controlled” with medication, the team noted. But they said, “Residual neuropathy symptoms may be linked to longer and more severe disease history.”

The report, “Recurrence of mild neuropathic pain, following deceased donor liver transplantation, in patient with acute intermittent porphyria: Could timing explain it? A case report,” was published in the Journal of Liver Transplantation.

AIP, the most common form of acute porphyrias, results from a deficiency of porphobilinogen deaminase, an enzyme involved in the production of heme. Heme is a compound needed for oxygen transport in living cells.

This deficiency results in the toxic accumulation of heme precursors in tissues, causing intermittent attacks of pain — most commonly in the abdomen but also in other body parts, such as the chest, legs, or back — and neurologic symptoms.

Treatment usually involves administering hemin, a form of heme, into a vein or glucose (a sugar) either by mouth or into a vein. However, for people with poor quality of life facing a risk of kidney or nervous system damage because of severe recurrent attacks, a liver transplant may be a treatment option.

The procedure involves the surgical removal of a healthy liver from a deceased person — or sometimes only a portion of the organ from a living person — and then its transfer into the body of a person whose liver no longer functions.

“Acute intermittent porphyria is an uncommon disease and liver transplantation is a curative treatment for this illness,” the team wrote. “It has an important role in cases where quality of life is severely compromised and life-threatening manifestations are refractory [resistant] to other treatments.”

The case reported here involved a 21-year-old woman with AIP who was referred to a liver transplant center after not responding to previous treatments.

She first experienced strong abdominal pain along with dark-colored urine and muscle weakness when she was 12 years old. These symptoms coincided with the latter phase of her menstrual cycle. At age 15, muscle weakness and paresthesia — a burning or prickling sensation — in the lower limbs worsened.

When the patient was 16, a laboratory test done on a sample of urine revealed high levels of porphobilinogen, a heme intermediate molecule, and she received a diagnosis of acute intermittent porphyria. That same year, acute attacks became more severe and frequent, occurring monthly for two to four weeks at a time.

“The attacks were typically associated with abdominal and back pain, lower limbs weakness, paresthesia in the right hemiface, [and] psychiatric disorders resulting in self-harm and constipation,” the investigators wrote. Hemiface means the burning or prickling sensation affected one lateral half of the face, here, the woman’s right side.

She was started on glucose to treat acute attacks, acetaminophen and an opioid to control pain, an antiemetic to control nausea and vomiting, and short-acting benzodiazepine. At age 17, she was started on Normosang (hemin) given by an into-the-vein (intravenous) infusion every two weeks.

“This treatment was able to partially reduce the intensity of acute symptoms but did not prevent recurrent attacks, nor was she able to resume her normal quality of life,” the investigators wrote. 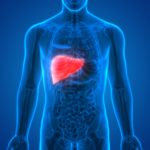 FAQs About Liver Transplant for Porphyria

As acute attacks became even more severe and frequent, despite an increase in the dosage of hemin, she was listed for a liver transplant at age 21.

After she received a new liver from a deceased donor, after a four-month wait on a transplant list, her urine porphobilinogen levels dropped quickly.

The woman was free of symptoms for five months thereafter, but then the intermittent pain started again in her abdomen and back. The new symptoms were controlled with oral pain killers and carbamazepine, a medicine to treat nerve pain.

“The pain has been intermittent, each episode lasting less than a week and occurring approximately every three to four months,” the team wrote.

The transplant surgery was “successful” for this patient, according to the investigators, who noted that the woman “reported significant improvements in her quality of life and … has been able to live independently and carry out social and work activities.”

But overall, the team concluded, liver transplant “has a good long-term survival rate for patients with AIP and should be performed before chronic complications develop over course of the illness.”